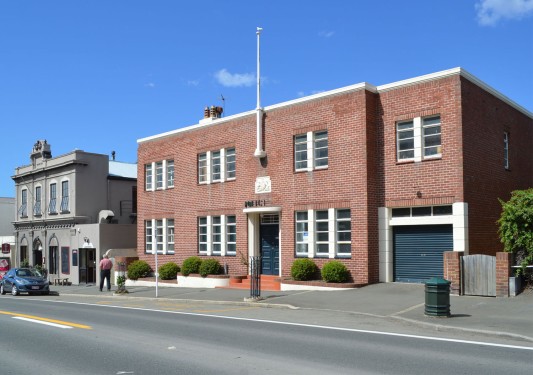 Cabinet approved a grant to build a new police station at Port Chalmers in August 1938. This was late in the first term of the first Labour Government, a busy time in the history of public works programmes in New Zealand. It was announced that: ‘the new police station, which will be of modern design, will be situated in George Street near the war memorial. The offices will be on the ground floor, and the top floor will be designed as a dwelling for the sergeant in charge.’ In April 1939 it was reported that the plans had been completed by the Public Works Department, and tenders would soon be called. The estimated cost of the construction was £4,500.

The Government Architect at the time was John Thomas Mair (1876-1959), best known in Dunedin today as the designer of the former Chief Post Office. Mair took up the job in 1923 and retired in 1941, so this design came near the end of his career. I do not know what roles he took upon himself for this project, with various other architectural staff in the department also involved.

Construction was underway by September 1939, the month war was declared, and in April 1940 the station was described as ‘nearly completed’, together with surprised comment that a foundation stone had not been laid. After some delay the completed building was officially opened by the Minister of Police, P.C. Webb, in a public ceremony on 18 August 1941. The Commissioner of Police, D.J. Cummings, said he had been shocked at the condition of the old station when he visited five and a half years before. In the new building the cells were electrically heated, but he ‘wished it to be understood that they constituted only a “bed-and-breakfast flat,” and there would be no permanent residents’.

The architecture combines Moderne with English Domestic influences. It is well harmonised, with exposed brickwork and details that include architecturally-conceived signage, an expertly-sculpted coat of arms, a flagpole, delicate cornice, and curved garden walls. I particularly like the way the metal windows are arranged along the facade, mostly in groups of three, but two in groups of two, and in each case with banded plasterwork between (originally a gold colour as it was elsewhere on the facade). The building also has some of my favourite chimney pots in all Dunedin!

The Port Chalmers Police Station remains in use as a patrol base with counter service, and although of course it is operated very differently from the way it was 70 years ago, it still looks very much the same.

I am not going to go into a detailed history of local policing for this post, but I can’t end without referring to Sgt Stewart Guthrie, officer in charge on 13 November 1990, the day he was killed by David Gray in the mass shooting at Aramoana. Guthrie was posthumously awarded the George Cross for his courage and heroism that day, and I often think of him when I see this building. 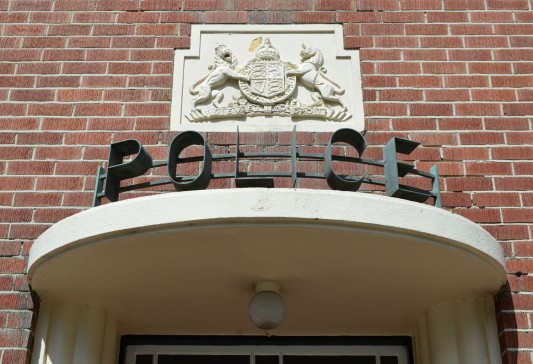 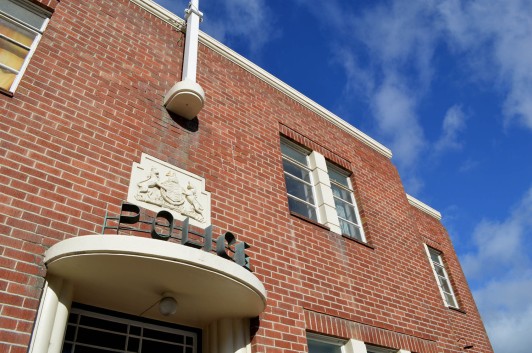 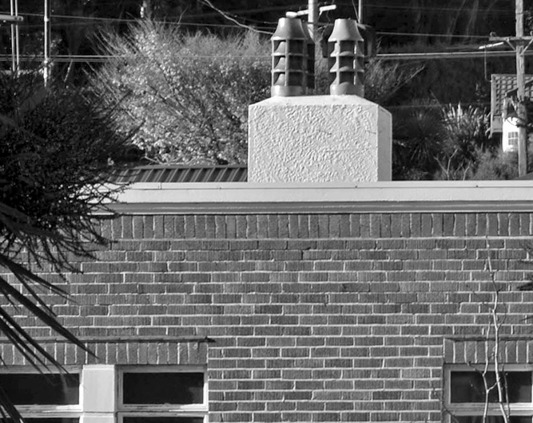