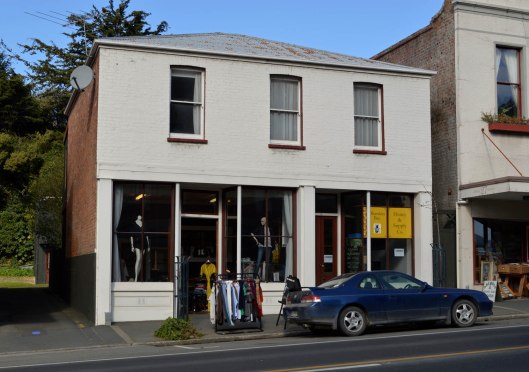 Sometimes I come across an honest wee building of little pretension, that I’m unable to attribute to any particular designer or builder. This can be a bit frustrating, as I’m the sort of person who likes classifying things and even finds it fun, but sometimes I should just put my trainspotting-like tendencies aside. Simple buildings often suit their function most effectively and can contribute as much to the character of a place as grander ones, while shedding light on different layers of history.

This building in George Street, Port Chalmers, is a plain and relatively utilitarian example of Victorian architecture that was likely designed by the builder who constructed it. Containing two shops with residential space above, it’s of a type seen elsewhere (there’s another example further along the same street) with a hipped roof left visible rather than screened behind a parapet, giving it a somewhat domestic appearance. The brickwork facing the street was originally exposed, as it still is on the side walls, and early photographs show a verandah that was removed in the twentieth century.

In the mid 1870s the site was a vacant space, and its development seems to have been delayed by a need to excavate part of the hillside. A report in the Otago Daily Times of 30 July 1877 stated: ‘In George street, Port Chalmers, a fine two storey brick building is just about completed, next to the general store of Sutton Brothers. It was erected for Mr John Thomson, and is thirty feet square by twenty-four feet high, and comprises two places of business, with dwelling rooms above. One of them is already in occupation as a soft goods store’. The description of the building as ‘fine’ should be seen in the context of the other buildings in the street, which were mostly simple timber structures viewed as inferior and less permanent. 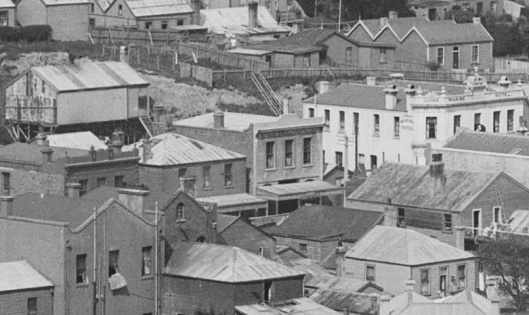 The building was an investment for John Thomson (1813-1895), who owned various adjoining properties on the eastern side of the street, and had established the Dalkeith subdivision in the 1860s. Thomson was born at Dewartown, near Dalkeith in Scotland, and after working in coal mining had charge of a sawmill on the estate of the Duke of Buccleugh. He arrived at Port Chalmers in 1848 and worked saw milling and then managing the Government stores, before briefly going to the goldfields. He was afterwards a sheep and cattle inspector, and his Otago Witness obituary stated that he was ‘greatly respected for his sterling manliness of character’. He was survived by his wife, seven children, and nearly forty grandchildren.

William Scott was the first tenant of the northern shop (rated at £60) and Mrs Lean took the smaller southern shop (rated at £30). Scott was a tailor who had previously occupied premises a few doors further north, and he remained in his new premises until about 1893. The other shop was a butchery for Francis Lean, Lean & Harrison, and then J.W. Harrison (from c.1881). Harrison remained in the shop until 1903 and faded signage for his business is still visible on the southern wall. The building was sold from the estate of Elsie Thomson in 1906. 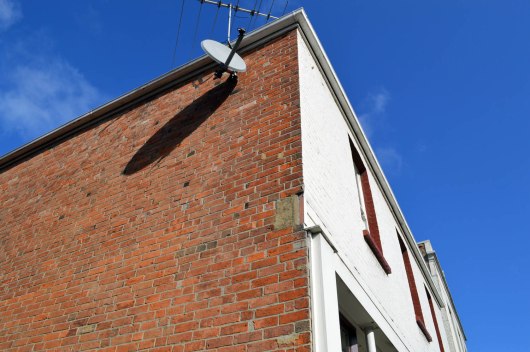 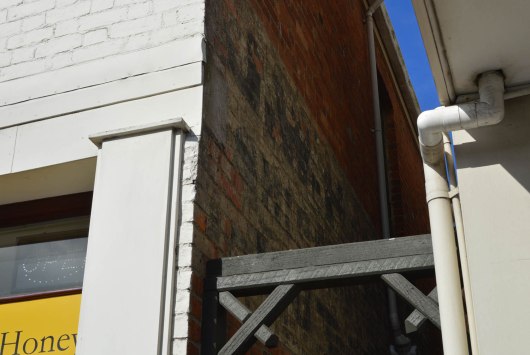 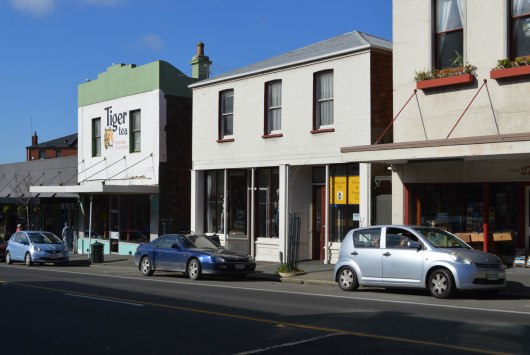